Trupp Cooking School reveals formula for winning in the kitchen

Food has eaten the internet with the rising popularity of recipe videos found on just about every social feed. (Think Tasty and Tastemade.) But acclaimed chef Walter Trupp of Trupp Cooking School reveals that great cooking recipes require more than just a simple mix of ingredients. He gets to the root of this matter, of course, in all the fun and unique classes at Trupp. You’ll be surprised to know that five MasterChef competitors - count ‘em, five - were born right out of his very kitchen!

In this feature, WeTeachMe gets to know Walter Trupp a little better as he shares with us about his cooking journey, his passion for the culinary arts, and what makes him tick. Plus, get a 10% discount on one of their most popular classes, Molecular Gastronomy. Just pop in the code 3hatchef upon checkout.

Can you please tell our readers a bit about yourself and Trupp Cooking School?

I am originally from Austria where I opened a restaurant at the age of 21. By the age of 25, I became a three-hat chef in the French Food Guide and was awarded 18 out of 19 points. After running it for eight years, I then moved to London where I became an executive head chef for Marco Pierre White and in charge of three of his restaurant.

After that in 2002, I was offered the head chef position at Langton’s Restaurant and Wine Bar in Flinders Lane in Melbourne. Three years later, I left Langton’s looking for new opportunities and when I was asked to host a few cooking classes at the Queen Victoria Market, I found a new passion as I enjoyed the direct interaction with passionate home cooks and foodies.

Where there any key incidents that inspired your decision to start Trupp Cooking School?

Before, I was teaching at various venues in Melbourne. This was all a great learning curve but what I missed was “the perfect kitchen” to host classes, and soon I found myself looking for venues to start my own cooking school.

What is your favourite part about running the cooking school?

Interacting with people, revealing the true secrets of cooking like sourcing the best ingredients during our Prahran Market tours. Recipes are a part of our classes but the true gold, I feel, is the knowledge about the hows and whys. Tips, techniques, and produce are almost more important than a recipe and so, passing them on is what I most enjoy.

We pass on secrets to home cooks to turn them from beginners into MasterChef contestants. (We did just that so far. Five times to be exact!)

What is the most challenging aspect of it?

The challenge is to constantly create new content. Over the years, I transformed the classes from simple recipe cooking with a bit of fun to classes that teach all the fundamentals that every three-star chef knows.

We also do have a lot of regulars that come to classes for years and they want me to step up the level; hence, we launched some very exciting courses like Chef@Home, food styling, molecular cooking, fine dining chef secrets and signature dishes from around the world.

To date, which of your classes has been the most popular and what does it involve?

Our most popular class is also our most expensive which is our 16-session course called Chef@Home. The course teaches you all the aspects of home cooking, making better food choices, and preparing the healthiest and tastiest meals.

What makes your school different from others? What do you try to transmit to your students?

First, our classes are all fully hands-on, as I find demonstration classes are not what teaches people real cooking. Second, numbers are small; and this means classes run for longer, more recipes are covered, and there is plenty of time for questions and discussions.

I pride myself in having managed some of the best kitchens in Europe and having worked in several three-Michelin star restaurants. This allows students to access knowledge from my 30 years’ experience in cooking.


What school can explain to you, for example, that fish bought from a fishmonger over the counter already lost 50% of its quality or that a pre-cut steak on display is a shadow of what it once was? There are worlds between what you hear out there and what a three-star chef does, and that is the kind of knowledge you will get in our classes.

It’s the wealth of knowledge and it’s in-depth teaching level well apart from any other school around. After the cooking, we all move to a separate dining room where all the food is enjoyed with some wine. which always add a real social aspect to our classes.

What’s your primary motivation to stay cooking and teaching?

Meeting new people and interacting with them is the true blessing apart from sharing cooking secrets.

We currently launched some of our classes online and in a few weeks, we will offer a subscription-based model where all that can be shared and accessed anywhere. Getting all those classes online and offering them at a very affordable price, and then engaging with users over that platform should keep me busy for the next ten years! So I look forward to all the fun and learning that this new journey will bring with it.

What was the best testimonial you’ve received from your students?

The feedback and hearing from people what else they want to learn, and hearing some of them telling me that our classes transformed their lives, the way they eat, shop and socialise and choose restaurants, and how their daily dinners and dinner parties are now a joy rather than a bore or a mess.

What advice could you offer someone who is inexperienced and would like to take a step towards the kitchen?

It’s not the cooking or the variety that will improve; it’s the techniques. Techniques are like the grammar of a language. You can put a few words together but they won’t make sense unless they are in the right order. Cooking is the same; beginners most often fall over when putting things together and not understanding the technical part of a dish.

Once you know the techniques of slow cooking you will never fail again, no matter what ingredients or type of cuisine you use. You will also then know how to make a curry and a pit roast, as it applies the same technique and only the cooking time will change a little (which is a part of the technique) and so it is with all the other techniques. Learn those and your cooking will always be successful.


Second, don’t go on the Internet and get some XYZ recipe and recreate it. Most recipes on the internet are NOT tested and most of those are recycled from the original: Authors change a few ingredients and call it their own. The disaster happens when beginners try such recipes, then they fail and blame themselves, where in truth the author of the recipe failed them by not testing it or explaining all the essential steps. There are also many cookbooks out there that are more about the celebration of the author rather than actually teaching you how to cook.

There are many classics that are still in print today (such as Julia Childs, Margaret Fulton, Stefanie Alexander) as they are recipe collections that work and are well-tested. So, if I would be a beginner, I would start with those books that also tell you the hows and whys and stay away from the books that focus too much on personalities.

Lastly, other than culinary education, are there any areas of the industry that you’d still like to get involved with?

Writing is a passion and I would like to write more books, but not necessarily recipe collections. I just completed a manuscript that’s all about the secrets behind cooking, and what makes a top chef’s brain tick when he creates and shops. I also do a bit of charity work and hope I can do more of that in the future once my online school is well-established.

Go from novice to Master Chef at Trupp! 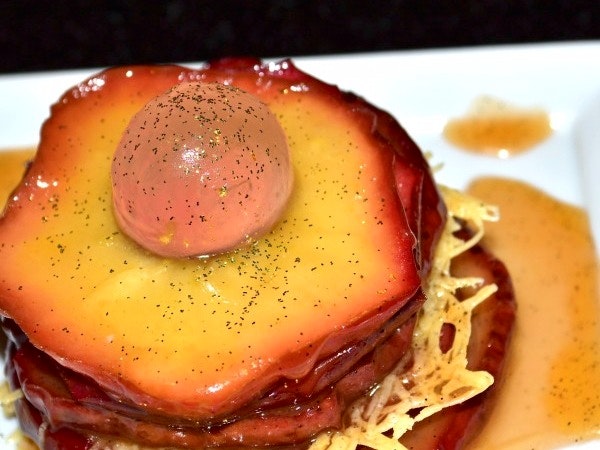