This artist let creativity take over her entire life – and how!

If you’ve been around the art world for a while, chances are you’ve heard of the name Mirka Mora.

Mirka was a Parisian-born visual artist. In the ‘50s, she migrated to Melbourne, where she won over everyone’s hearts with her creative free spirit and enchanting surrealist art style. She lived a spectacular life as a prolific artist, creating an illustrious body of work, most notably paintings, mosaics, and public murals, among many others.

The artist lived a very full and colourful life, until she passed away at the ripe old age of 90 in 2018. Read on and get to know more about Mirka Mora.

Mirka was a holocaust survivor

Back in 1942 in Paris, the young Mirka was arrested by the Nazi army and taken to a concentration camp. She was only 14 years old. In a stroke of boldness, her father Leon arranged for her and her mother Celia’s release, right before they were scheduled to be deported to Auschwitz. The family managed to hide in the forests of France from 1942 to 1945 until the end of the war.

Mirka was a renowned doll maker

Although Mirka is most known for her paintings and mosaics, she experimented with many other mediums, from ceramics to embroidery, from soft sculptures to public mosaic murals. Mirka was also an accomplished doll maker.

A post shared by playing in the attic (@playing_in_the_attic)

Her works were characterized by her colourful and whimsical signature style and heavily inspired by folk art, fairy tales, and surrealism. “My dolls are my drawings in three-dimensions,” she said. From simple Victorian era ladies to fantastic creatures (such as a duck-slash-mermaid hybrid), her doll designs gave Mirka yet another avenue to express her creative freedom.

She married at 17 for one particular reason

Famous for her candor and acerbic wit, Mirka would tell the most captivating stories. One of them was that she married her longtime husband Georges Mora, a very conservative wartime resistance fighter, for one particular reason in mind.

In a 2004 interview, she had this to say about her early marriage: “I really wanted to make love to him, because I was very humiliated that he didn’t because I was 17, and he said, ‘I know that you are not happy but we have to wait till we get married.’ ‘Ah! Married?’ So I agreed to get married to lose my virginity.” Queen. 👑

She migrated to Melbourne after reading about it in a novel

In 1951, Mirka and her husband decided to migrate to Australia. Choosing among several popular destinations at the time like Casablanca and Saigon, Mirka decided they should head off to Melbourne.The reason? She had read about the city in the 1851 Henri Murger novel titled Scènes de la Vie de Bohème, which follows the life of a young Parisian photographer who travelled regularly to Melbourne to make his fortune.

Suffice it to say, Mirka made the right call to move their lives here. The couple put up three legendary coffee houses that energised the local cafe culture and along with it, the art scene. Their first shop – Mirka Café on Exhibition Street – housed one of Melbourne’s very first espresso machines.

Mirka continues to be a local design inspiration

Besides being a monumental figure in Melbourne art life, Mirka moved within the fashion circles, as well, after starting out as a dressmaker for local fashion outlets.

In 2016, fashion company Gorman paid tribute to Mirka’s legacy by launching a 23-piece collection which featured prints from four of her original artworks. The collection included totes, zip purses, and earrings, as well as hand-embroidered dresses inlaid with small round mirrors. These pieces are very valuable today.

If you find your creativity limited by a canvas or simply want to share your art in a different way, simply let your imagination run wild, just like Mirka Mora!

Be as creative as Mirka Mora! 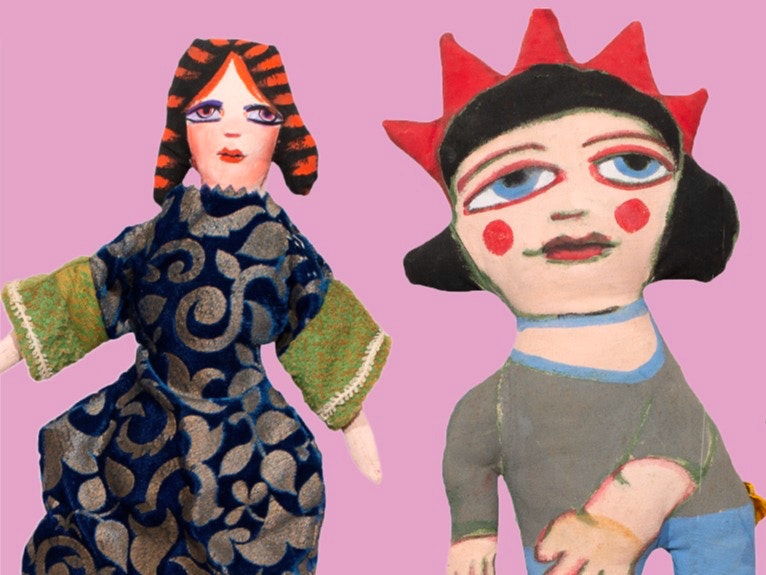 A doll-making workshop for kids aged 5 and up

by Jewish Museum of Australia