Explore a printmaking style pioneered by the Spanish master

Pablo Picasso was a creative force to be reckoned with, known for having experimented with a variety of mediums. He became a master at many of them throughout his career - painting (the most notable of all) and ceramics, among others. In 1939, Picasso explored a new style of printmaking using linoleum cuts - a technique that suited him well in his creation of graphic artwork. (Photo banner credited to Quora.com: “The Luncheon on the Grass” by Pablo Picasso.)

Linocut is short for linoleum cut - yes, linoleum the floor covering, which became a popular tool among artists of printmaking in the 20th century. Lino prints are produced in a method similar to a woodblock print, in that the artist would carve a design into the block and create a relief print from it. Unlike wood, linoleum is less expensive and can be carved more easily to produce an embossed surface that can be inked and printed.


Around the time Picasso discovered lino printmaking, prints were generally produced using several different blocks, one for every colour. Picasso found this to be a labourious and time-intensive process and worked to develop a much more simpler one, called the reduction technique. This involves using just a single block of lino, carving into it, inking and printing it, cleaning it off and cutting again to print in another colour. This would result in a stunning multi-coloured relief print with proof of the colour build-up. In this manner, the amount of error from inexactly carving multiple blocks is also reduced. This revolutionary technique is now a very common form of printmaking.

Having evolved over the years, lino printmaking can be used to create artsy Art Deco-ish pieces, like this vintage style print…

Or maybe a floral silhouette of your favorite animal…

What makes this type of printmaking interesting, and surprisingly therapeutic, is the carving part. Want to learn how to use these cool crafting tools and earn some bragging rights?

A bit of emergency carving tonight - just carving to keep my sanity 😉 I’ve always had enormous respect for solo and single parents everywhere, but being home alone with my trips has made that feeling of awe even more present (No comparison, of course, as being alone with kids sometimes is nothing like doing it all, every day, always!!!) Oh man it is hard. Of course things has been made worse by my sons being sick, them missing their father, and to add insult to injury, they also got their vaccinations on Friday, and have been fussy ever since😓 Today I finally had a little time alone to myself, the first time in eight days, and instead of enjoying it, I just felt so small and so overwhelmed by it all. When you are with your kids, your focus is on them and whatever tasks is at hand, and you often forget to check in on yourself... and then it might sneak up on you later! Anyway, I promised myself to carve tonight, no matter how tired I would be, to clear my head and press the emotional reset-button. So here I am. And I think it worked! 😊♥️ #carvingtotherescue #linomom

Master Picasso’s style or develop your own in one of these workshops:

If you’re in Sydney: Come to Levee Art Studios in Maitland NSW, for a four-hour workshop on 23rd March 2019, 10:00AM. Open to beginners and more advanced creatives. Early bird and bring-a-friend special rates available.

If you’re in Melbourne: A 10-week program for kids 9 to 14 years old starts on 29th January 2019, 4:00PM. Offered by Aa is for Art at their South Kingsville VIC, the term course covers: lino carving/printing, mono and screen printing, ceramics, jewellery making, and more! 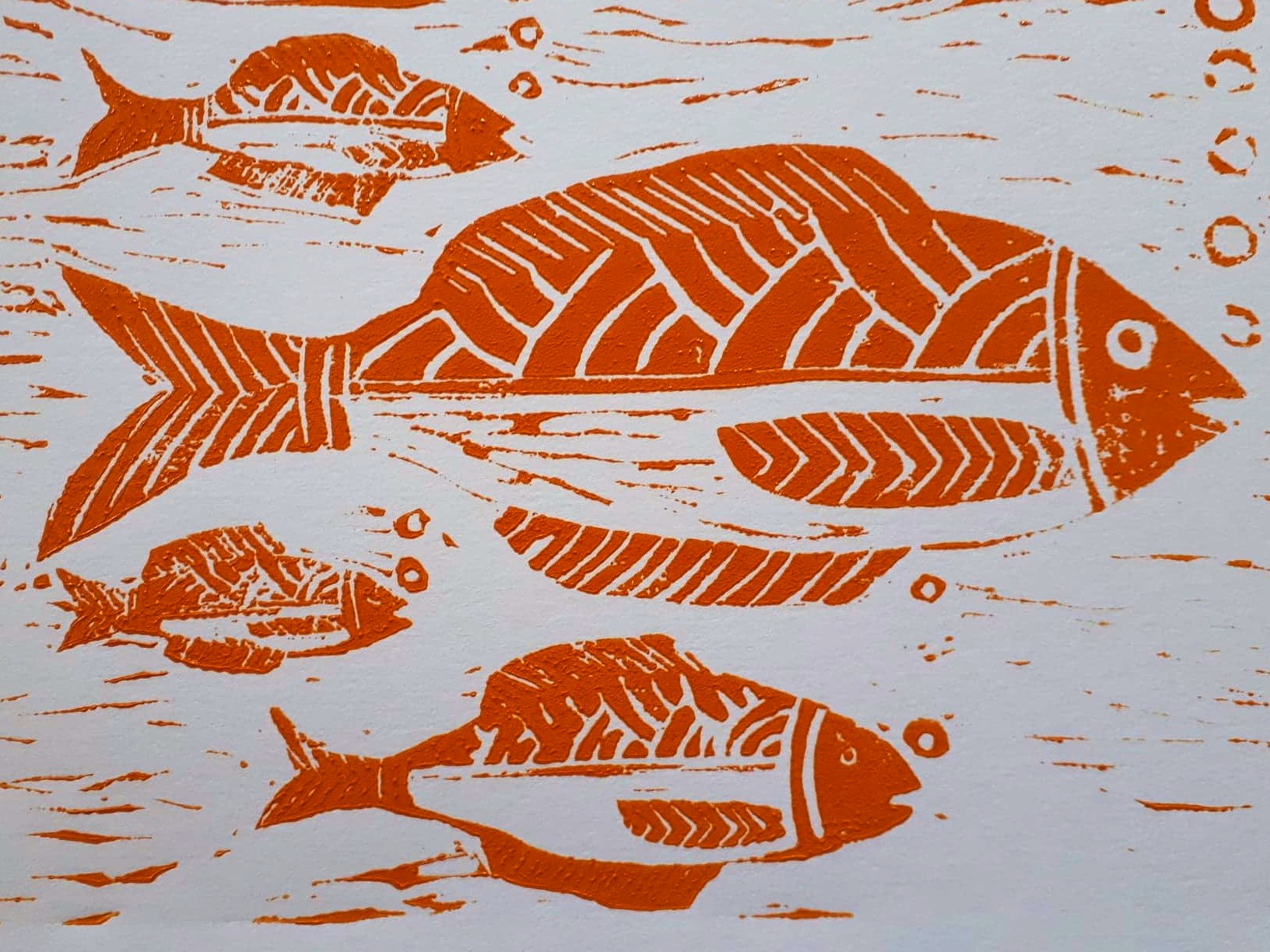 Create Your Own Linocut Print