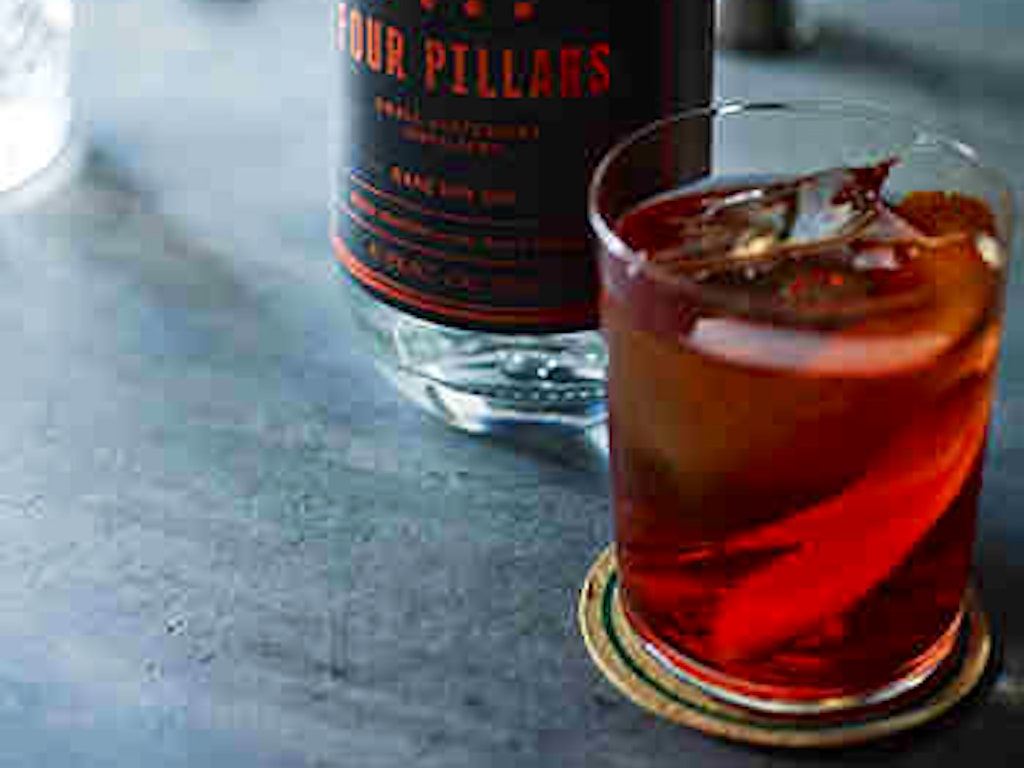 Sydney, it’s back – your chance to join a Four Pillars Gin masterclass on the craft of distilling and the very fine art of cocktail making.

We’ll get you in the mood with a Four Pillars Gin and Fever-Tree Tonic to start. Then, while you sip, Stuart Gregor (Four Pillars founder) will give you a little bit of a history on gin and distilling, and the current flourishing of the Australian craft spirit industry.

Moving on to a tasting of all three Four Pillars gins (Rare Dry, Barrel Aged, Navy Strength), Stu will take you through how they’re made including the botanicals involved, the distillation process, how we barrel-age using a solera system, and what exactly makes it “Navy Strength”.

Finally, we’ll have a quick chat about cocktails, why gin is the spirit of choice for all the best bartenders, and how to make the Four Pillars favourite, a Negroni. And of course you’ll get to sample one of these perfect cocktails before heading on to whatever the rest of your Tuesday night holds.

Stuart Gregor is one of three founders of Four Pillars Distillery and, along with Cameron Mackenzie and Matt Jones, he launched their first gin in 2013. Stu is a veteran of 20 years in the drinks industry, and is President of the Australian Distillers Association.

Four Pillars is a small Australian distillery based in the Yarra Valley, producing in batches of just 460 bottles. Our ambition is to make the best craft spirits in the country, using a copper pot and column still commissioned exclusively by CARL in Germany. We want to elevate the craft of distilling and celebrate the craft of cocktail making.

Our first release was a Rare Dry Gin in late 2013, which has since been awarded medals in two prestigious international spirits competitions. In 2014 Four Pillars launched a Barrel Aged and Navy Strength Gin to similar acclaim.

A very engaging introduction to Gin making. Half educational lesson, half stand up routine. Learnt a lot and enjoyed myself.