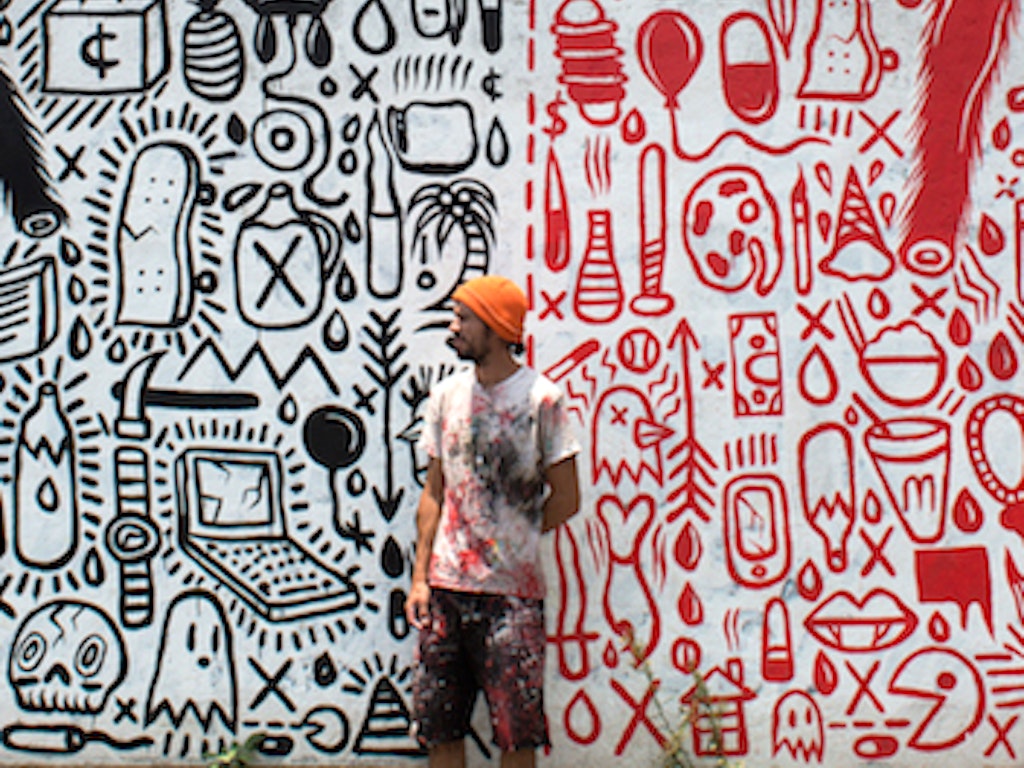 Spencer Keeton Cunningham is an internationally recognised artist known for his large scale mural works. Often activism based, his works combine a sense of playfulness with some ‘heavier’ topics such as Indigenous Rights, Endangered Species and Ocean Conservation.

Cunningham has been traveling on the road for almost 2 years producing work in various countries and cities around the globe, and is a contributing artist/ artivist with Pangeaseed, a non-profit organisation that collaborates with today’s most influential creative minds to draw attention to some of the biggest issues affecting our oceans today such as shark finning, overfishing, rising sea levels and species extinction.

This 4 hour workshop will introduce you to the idea of creating art that generates awareness, stimulates dialogue, changes perception, and inspires positive change around pressing ocean environmental issues. You’ll learn ways to engage with, and educate members of the public and get your message out there in the world, from a rough sketch to a large scale mural.

Spencer will show some short clips and examples of his work to get you inspired, before we dive in to a group brainstorming session where we’ll discuss some current environmental issues and ways to visually represent complex themes so that they transcend cultural and linguistic boundaries.

Whether you’re an artist looking to further develop your process, or simply have a passion for the environment, this workshop will get you inspired to take action and give a voice to issues that you are passionate about.

Wear clothes that you don’t mind getting paint on – this could get messy!