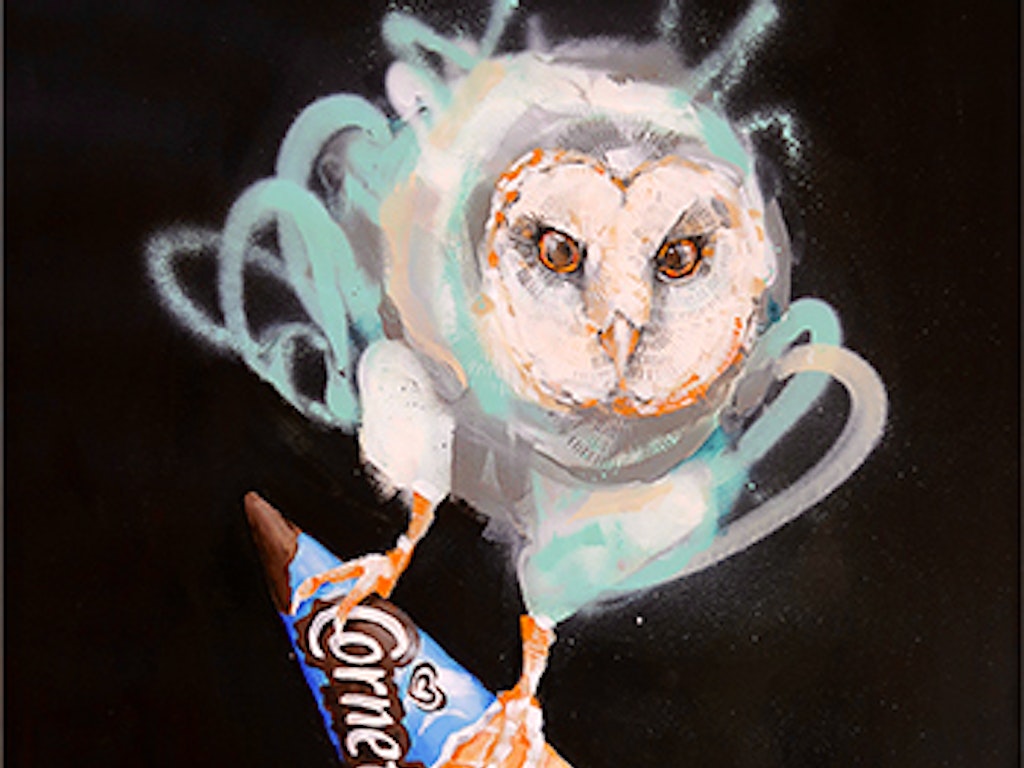 Birds, Brushes and Stuff That's Bad For Your Teeth

Michael is a child of the 80’s raised on a diet of Coco Pops and cartoons. He blends bright, sugar crusted memories with a love of birds and animals to create art works that that invoke nostalgia and question where childhood actually ends.

During the day you’ll have the opportunity to paint alongside Michael, creating your own composition blending birds with a bunch of pop culture. You’ll be able to sketch the composition and and turn it into a painting, following Michael’s process and gaining insights into his techniques and style.

All materials will be provided for the class, and you'll finish up with a completed artwork ready to frame and hang on your wall! You'll also score a limited edition & signed Gnashing Teeth giclee print

Michael is a Melbourne based artist with an affinity for bright colour and a penchant for pattern. Michael’s works are influenced by a childhood spent watching cartoons and being outdoors beside the coast, where being swooped by magpies was a constant threat. After moving to the city and becoming a graphic designer, he tired of computers and got back into the brushes and paint.

Michael’s instantly recognisable and unique style has been exhibited throughout Australia and the United States, and he recently opened his first solo show in Collingwood. Check out his work at www.gnashingteeth.com