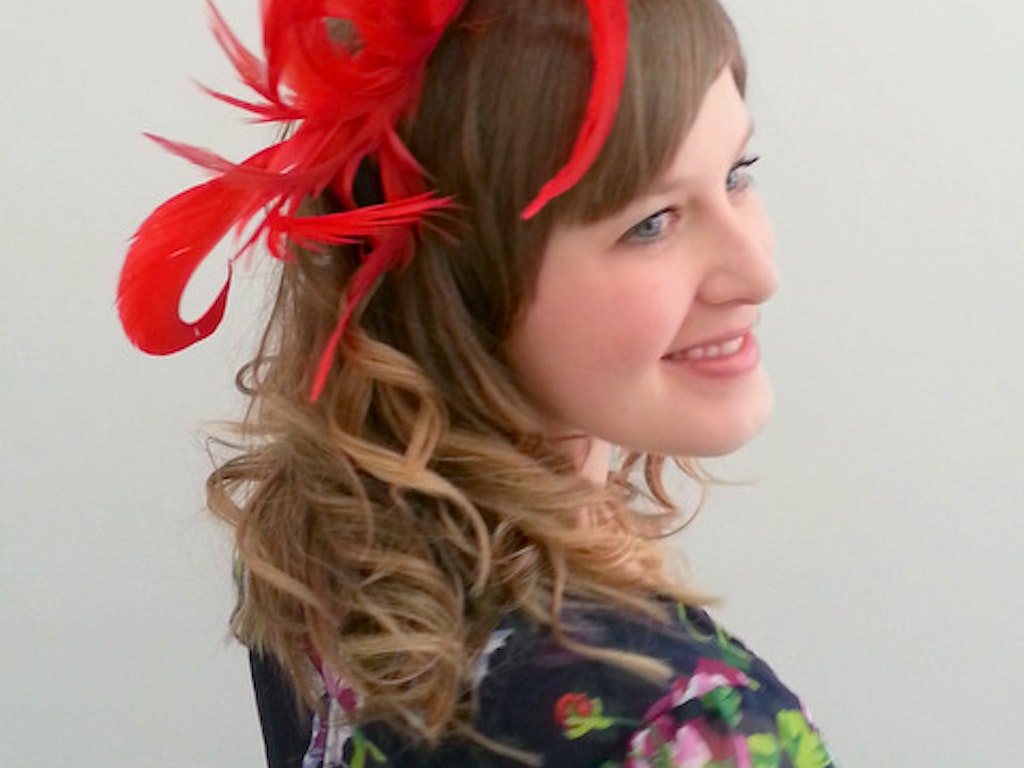 Take your sculptured feathers from your previous workshop and learn how to arrange them into a magnificent fascinator for the annual Melbourne Cup. Or bring your fabrics and flowers and together we will make a brilliant fascinator.

Learn the best securing methods from a Couture Milliner with over 26 years experience, learn many tips on how to get the best professional look.

Come and revel in the hand making process in my light filled studio, do it with a friend and have fun.

Please choose your class & dates with care as we cannot give refunds.

Milliner Julie Fleming (est 1989) is dedicated to style and design and is one of Australia's best known Fashion Milliners she also makes for Film and Television. Fully trained in London with Philip Somerville, whose client list included the Queen, The Late Princess of Wales, as well as many members of Royalty, politics and stage and screen. Julie most recently made a hat for Camilla, Duchess of Cornwall as the gift from the people of South Australia. Julie Fleming was presented to both Charles and Camilla on their visit to South Australia.

Since establishing her own fashion business on her return to Australia in 1989 Julie Fleming has had a faithful following in the fashion world and a thriving private clientele for Spring Racing Hats in Melbourne. Julie is proud to say she has been on the cover of ‘Vogue Australia’ five times. Her period work currently seen in 'The Dr Blake Mysteries' ABC TV.

Made to measure hats, fascinators, headbands, belts, jewellery, stoles, hair flowers, full bespoke millinery service (including re blocking and re styling service). Discover the whole picture at her website www.juliefleming.com.au

Reciently re-located to the beautiful Barrosa Valley in South Australia,  Julie conducts workshops and Intensive classes in Millinery and related subjects including bow making, feather curling/sculpture for use in hats and fascinators as well as fascinator workshops. Situated in The JamFactory complex at Seppeltsfield Winery

Julie Fleming Milliner requires 48 hours notice via email prior to the start of a class or event for a full refund or transfer.  Refunds and transfers will not be processed if cancellation occurs within 48 hours of the event commencing. We do not offer refunds for missed classes. There are no fees for refunds or transfers. For cancellations prior to the 48 hour cut off, email Julie Fleming Milliner to organise a refund or transfer

I agree to take on full responsibility for any damages, injuries and for physical and/or personal property, which I might incur whilst participating in classes and/or events organised by Julie Fleming Milliner.

Julie Fleming Milliner requires 48 hours notice in writing prior to the class for a full refund or transfer.