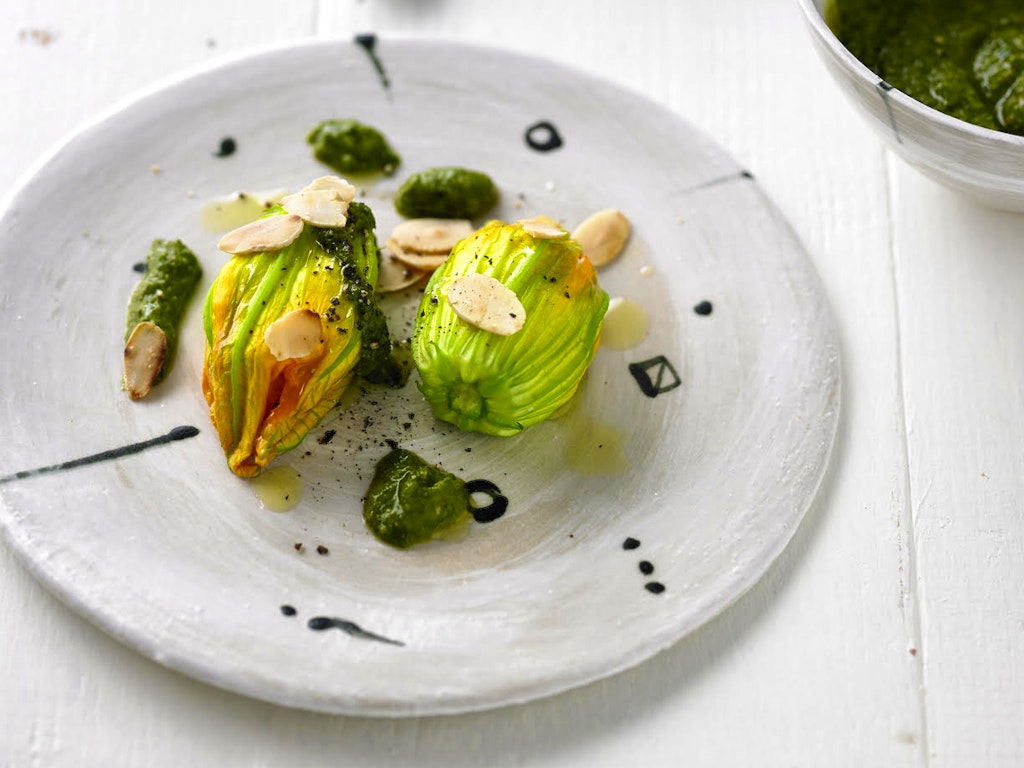 Spring into September with Luca Ciano

Cook an Italian Feast with much loved celebrity chef Luca Ciano! This class comes with a gift, check it now!

Luca describes his cooking as simple, fresh and seasonal. He will be bringing some of his most delicious Spring-themed recipes especially for you tonight.

A truly amazing class which also comes with a complimentary cookbook from Luca, which he will sign for you on the day. Buon Appetito!

Born and raised in the culinary capital of Milan, Italy. It was destiny that Luca inherited his passion for food and culinary exploration in his homeland. Luca’s interest and passion for food commenced with his Mum and Nonna when he was just eight years old, taking his first few steps with them in the direction of becoming a chef.

Luca’s established career includes the famous 2 Michelin-starred restaurant ”Il Luogo di Aimo e Nadia” in Milan, as well as international roles at London’s Millennium Gloucester Hotel, Relais & Chateaux in Bermuda, and in Australia, his adopted homeland at the Sheraton on the Park, The Westin in Sydney and Cypress Lakes Resort in the Hunter Valley.In 2001/2002, he took part in the Salon Culinaire International de Londres Competition where he was awarded a medal for Senior Pasta Class, and a Merit Award in the Nestle’ Master Chef Grand Prix. A number of his signature dishes from Luca’s London roles have been published in Chefs of Distinction (2003 and 2004 editions).

In 2008 Luca joined Barilla Australia & Asia, where he established the iconic “Casa Barilla” cooking school, where he developed a catalogue of regular hands-on cooking classes and demonstrations in Sydney. Based on regional Italian gastronomy, and showcasing the variety of Italy’s cuisine, Luca has travelled with this concept around Australia, New Zealand across Asia.

In 2012 Luca was awarded in Italy by APCI (Professional Italian Chef Association) ‘Les Toques Blances D’Honneur’, honorary professional career award.Luca was a contributor to the Australian BBC Good Food Magazine from 2010-2013, where several of his signature Italian regional dishes have been published on a regular basis. Luca currently consults for restaurants, hotels, magazines and Italian brands in Australia and around the world, providing guidance and assistance in their daily operations, as well as part of his ambassador roles. Luca has appeared on Channel 7’s The Morning Show, ABC & 2GB Radio and TVSN.In 2015, Luca released his own signature product range which includes hand made pasta sauces and Olive Oils and his best selling cookbook, LUCA’S SEASONAL JOURNEY, was released in April.

Cooking is all about team-work and sharing a good time, and our working stations are designed for 2 people. Therefore, if you've purchased 1 ticket only for this class and are coming by yourself, we will pair you with one of our other guests. A great way to make new friends!

The VIVE Experience is best appreciated with a minimum of 6 guests in the kitchen. If this number hasn't been reached 7 days prior to the class, VIVE Cooking School reserves the right to cancel it.

By booking this class, you agree to our terms and conditions.

We recommend you wear some comfortable closed-toe shoes as you will be standing for most of the night.

Sydney's hottest Cooking School, for passionate foodies who are searching for a deeper connection with how they shop, source, prepare and share food. VIVE is a place to Nourish, Inspire and Share.

The simple act of cooking and eating is both communal and emotional. Food provides a deep sense of connection and has the power to bring people together - and so VIVE Cooking School was born.

Be inspired! Become a better home chef with VIVE.