How Vince Costanzo Turned Beer into a Career

Vince Costanzo of Costanzo Brewing talks about the joys of the beer culture and how to make the perfect beer on a commercial scale.

There are those who like to enjoy their beer notoriously, while there are some who turn their passion for the ale into a career. Such is the tale of Vince Costanzo. But when most breweries tend to play the traditional game of simply brewing and selling beer, Vince decides to go down a different path by enabling aspiring home brewers and micro brewers through his courses.

The craft beer revolution is evidently happening, and brewers of all scales are in constant effort of reinventing the ale. However, with this comes the biggest problem in craft brewing: creating a consistence in quality. In his quest to overcoming this, Vince established Costanzo Brewing Consultants in 2008. His company has since become a leader in the brewing industry for imparting expert knowledge on making consistent, quality beer. Today, we have a talk with him to learn how his tale started and where he is headed next. Vince also did one better by providing an awesome discount for his courses. Find out more at the end of this article.

WTM: So… how old were you when you had your first beer and where did it all start?

I really wasn’t a beer drinker when I was young. I suppose I would have been about 22 or so when I started drinking beer. It’s funny when I look back, because I didn’t even join my uni mates then at the pub. I had no interest in beer just to become inebriated.

My first job was in sugar refining at CSR Refinery in Yarraville, and we also made brewers sugar for Carlton & United Breweries (CUB). Little did I know then that I would progress to making beer with that as one of the ingredients when I joined CUB in 1986. But when I joined them, I had to learn about tasting beer and beer faults, and so I became a connoisseur of beer.

WTM: Was it a smooth sailing experience for you?

Well, is life smooth sailing? Working at CSR was a very steep learning curve and it was no different to working at CUB. Working for large corporations always has challenges, because no matter how good you are in production, it’s about putting out ‘fires’ more often than not.

The biggest thing about companies like that is that you have to conform and play the politics. I was not always good (or indeed wanted) to do the latter. I was an honest hard worker who gave 110%. I wanted to produce a product of good quality and get along with everyone.

WTM: How did you learn to craft beer?

CUB had excellent learning programmes in house, so it was a matter of learning on the job and attending various internal education programmes. But when I left CUB, I worked for a largish craft brewer in Dandenong (Stockade Brewery), and was fortunate to build that company from nothing to the heights I knew I could. We would have been the most advanced microbrewery in the country in the early 2000’s and produced the most consistent beer around. All thanks to my training at CUB.


WTM: Most breweries tend to take the path of just making beer and then selling it. Why did you decide to teach beer brewing instead?

Yes, that is true to some extent. I saw a need in the craft brewing industry, where they needed to lift their game with really understanding brewing in order to produce the most consistent beer possible.

Craft brewers may think that they can make a tasty beer and be different to the large breweries like CUB. That is absolute cobble wok. Large breweries have actually very good quality control and understanding of beer making and can make craft beer much better and more consistently than their smaller counterpart. I laud craft brewers for making different tasting beers and this stems from a want of something different, but unfortunately there has not been anyone who could take them from the rudimentary home brewing techniques to a commercial craft brewing scene of producing good, clean and consistent beer with a long shelf life.

That is where I come in to fill this need. I help home brewers and some existing micro brewers learn the finer points of making better, consistent beer.

WTM: What’s your favourite thing about what you do?

I enjoy the independence, challenge and most of all, not having to conform to any political needs of large corporations. Also, I feel I am contributing to shaping the craft brewing scene in Australasia and this gives me great satisfaction.

I am also in the position of seeing my greater vision achieved by contributing to helping those with chronic health problems, in particular cancer, get real support through scientific, evidence based modalities, apart from the Big 3: surgery, chemotherapy and radiotherapy.

WTM: You mention in your website that quality beer means much more than just good tasting beer. What exactly is “quality beer”?

That’s a good question. I’ve asked that question to my students and there is a pervading sense of understanding that quality refers to good tasting beer, which includes anything apart from commercial lagers we have become accustomed to. In part, that is correct, but does not really address the issues.

Quality, as I have come to understand it, is all about making a beer that is consistent - and the flavour, aesthetics and aroma are always the same - as the brewer intended them to be. In order to achieve that, you need a quality protocol, an equipped laboratory to deal with analyses, and a way of changing production procedures so that you continually aim for what specifications you have determined for a particular beer.

WTM: On the other hand, what do you consider as “bad beer”?

A bad beer is one that will look and taste differently when you buy it from a bottle shop to when you taste it fresh in the brewery. Ask someone who has tasted a beer overseas from the country of origin and then tasted it here in Australia and you will know that the two beers are not the same.

The same can be said with beer produced at a brewery here in Australia and distributed nationally. Consumers are becoming more and more aware of these differences, but there is a long way to go. Education will slowly bridge that gap and brewers will have to respond if they are to survive.

WTM: I read this article on Anthony Bourdain where he walks into a bar, desperate for convenient beer and instead of finding people enjoying their booze, they were in there sipping and making notes. Do you notice the same trend here and what do you think about that?

Fortunately or unfortunately, I do the same. I analyse the beer and its faults. Perhaps I should just be enjoying the stuff but having a bit of knowledge makes you this way. One way around this is to always ask the bartender which beer sells the most and then drink that beer because it will be the freshest. That is why I rarely drink imported beers unless I have reason to believe it just arrived into our country.

With education, we “open” our eyes a bit and like everything we start to criticise whatever it is we are judging. But if that is a bad thing, then the world would still be in the dark ages. 🙂 I think education is a good thing but with any change we should also consider all the ramifications that change may bring with it. That is true wisdom. There is a saying which seems to have been lost these days and that is “don’t throw the bathwater out with the baby”. In other words, make changes but beware of taking good things with it.

WTM: What’s your most favourite beer and what do you like to pair it with?

I get asked this question all the time. I like a variety of beers, but it mostly depends on the season, what I am doing and of course what I feel like.

In winter for example, I like the higher alcohol or darker beers like Scotch ales, Imperial stouts, etc. and I like sipping them without any food. Most other times, I like Pale ales, English ales and brown ales. It’s hard to think about matching because I select the beer based on its flavour first. Pilsners, wheat beers and sours are good for summer and go so well with BBQ meat or fish. Sour beers are making an appearance in Australia and are not too challenging. I once had a Kreik lambic, which is very sour and I would not drink it by itself. But when paired with a sweet dessert, it tastes incredible.

WTM: What’s brewing for Costanzo Brewing this year or the next?

I have many things on the drawing board. Apart from my teaching activity, I also consult to the micro brewing industry in Australasia. I recently completed an install in Singapore and am now working on helping establish a brewery in the Whitsundays.

I am looking at expanding the teaching to include some information for the bar person on how to setup, pour and present a beer. There is a need for the retailer to understand about getting the beer into the glass in the perfect condition and so provide an experience for the consumer. I’m also looking at providing small home brewing and nano equipment all in one “box” and self help information. The future looks good. 🙂

If you’re looking to make it in the beer biz or simply want to further your appreciation for beer, sign up for Costanzo Brewing’s popular short courses! Use the following codes below to get huge discounts:

***Discount can only be applied to regular prices and cannot be used in conjunction with other promotions (e.g. Early Bird, Bring-a-Friend discounts) 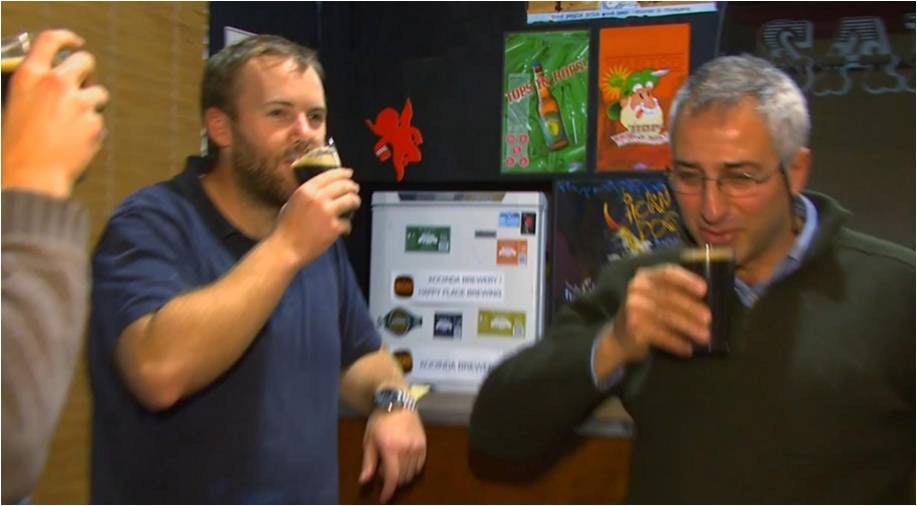 Platinum Premium-Start Your Own Microbrewery

How to Paint with Watercolour: All Your Questions Answered

Your Complete Guide to Christmas Floristry

Christmas Day Food Ideas: What to Bring to the Table