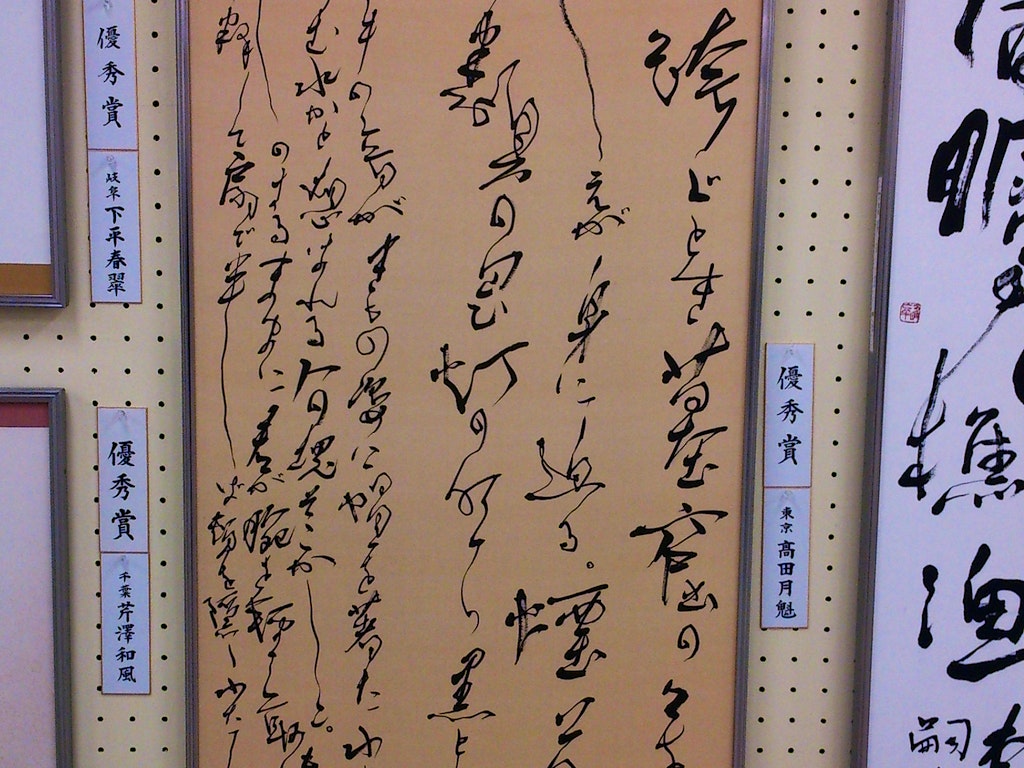 Japanese Calligraphy or Shodō is a form of lettering art that has been developed over centuries to convey Japanese culture and communication through art and expression. Japanese Calligraphy developed from Chinese calligraphy roots; further adapted and changed with many different styles and periods over centuries, and modified due to external influence reflects the story of modern day Japan. We will look at image of Chinese characters and examples demonstrating this progression on the projector. I will Link characters to images of emperors or significant events in time that mark that period, demonstrating the external influences.

There are four main types of styles characters in Japanese calligraphy; We will focus on Hiragana style.

It is our intention to utilise the traditional and original Japanese Hiragana style; which is simplistic and phonetic; yet conveys the author’s message beautifully through art. This is attained via the command of 46 different characters simplified from their original Chinese origins.

You will be shown how to produce your own shodō; lettering using brush and ink to reflect beautiful Japanese traditional culture. The student can choose from the 46 characters. Choosing characters that are significant to them, eg; a name ‘John’, a word, ‘love’, or initials etc. This will then be put into a frame and the students can walk away with a finished artwork.

I look forward to taking you on this Journey.

About the art teacher Hiroki:

Started learning when he was three years old and enjoyed it so much that he continue to learn and explore the art of calligraphy to this day.

He enjoys the classical style but also experimenting with modern and individual styles.

Hiroki has won numerous awards in Japan, including;

+ More
What you will get
What to bring

It was fun, informative and the skill of Hiroki was definitely on show. I got to take home my own art and enjoyed the demonstration of skill. My friends also enjoyed the class.

It was my first time ever to try Japanese calligraphy, and Hiroki did a good job showing us how it is done. We got to practice the different strokes and make a framed final output. The whole class was friendly and everyone was having fun.