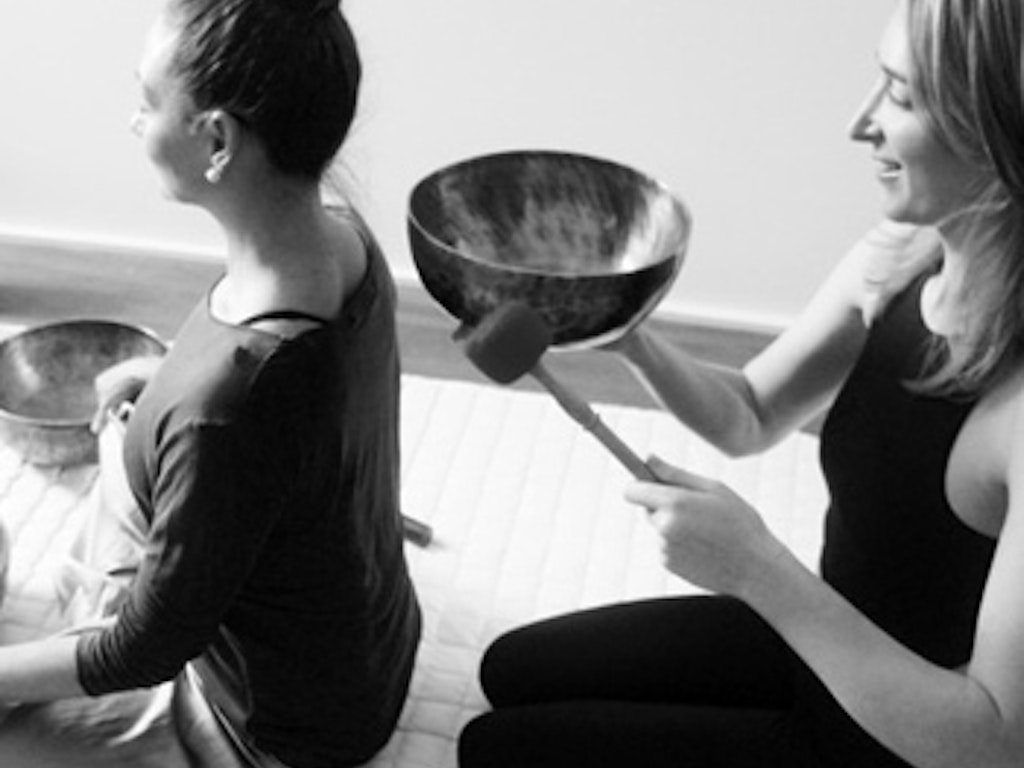 Learn how to build and sustain a daily meditation practice with Tibetan Sound Healing.

The nature of modern life is extremely busy, stressful and demanding and one that leaves little time to nurture and connect with our true selves. We are all familiar with the health benefits of meditation and know we should be meditating every day, but for many of us it is an extremely difficult and daunting endeavour.

In this workshop you will learn some simple and practical ISHTA meditation techniques to incorporate in your daily life. In addition to this, you will experience a Tibetan Sound Meditation, an effortless way to ease you into a deeply relaxed meditative state using the soothing sounds and deep vibrations of Ancient Tibetan Singing Bowls.

*No previous yoga or meditation experience is required for this session*

About Phoebe Joel and Cahê Barros...

Tibetan Sound Healing is ancient healing modality that utilises the deep vibrations and soothing sounds of Tibetan Singing Bowls to bring relief from many different ailments and stress-related conditions. The modality dates back to pre-Buddist Tibetan Bon culture where the instruments were used for ceremonial purposes, rituals and also for healing. Sound Healing is an extremely powerful and non-intrusive method to release stress and reduce physical pain.

Phoebe runs Tibetan Sound Healing. It is Sydney’s premier provider of this ancient healing modality and offers accessible treatments for individuals and groups across the city.

In addition to this, Phoebe has also undergone extensive training in yoga and has studied under the world's most eminent living masters including Yogiraj Alan Finger at ISHTA and Leslie Kaminoff at the Breathing Project in New York. She has also undertaken specialised study in Therapeutic and Yin Yoga. Phoebe is also an accomplished Jewellery designer. Her jewellery collection can be viewed at www.phoebejoel.com.

Cahê is a meditation instructor, ISHTA Marma therapist and pranic healer. As a Sadhaka in the ISHTA lineage, he has been privileged to work and study directly under Kavi yogiraj Alan Finger. He has initiated students into meditation in both Brazil and New York. Recently Cahê was appointed as ISHTA's Global Ambassador and his first official duty in this position is collaborating with Tibetan Sound Healing for various special events and workshops in Sydney during November and December 2016. Cahê will also be available for Marma treatments and private meditation tuition during his time in Australia.

More information can be found on http://www.tibetansoundhealing.com