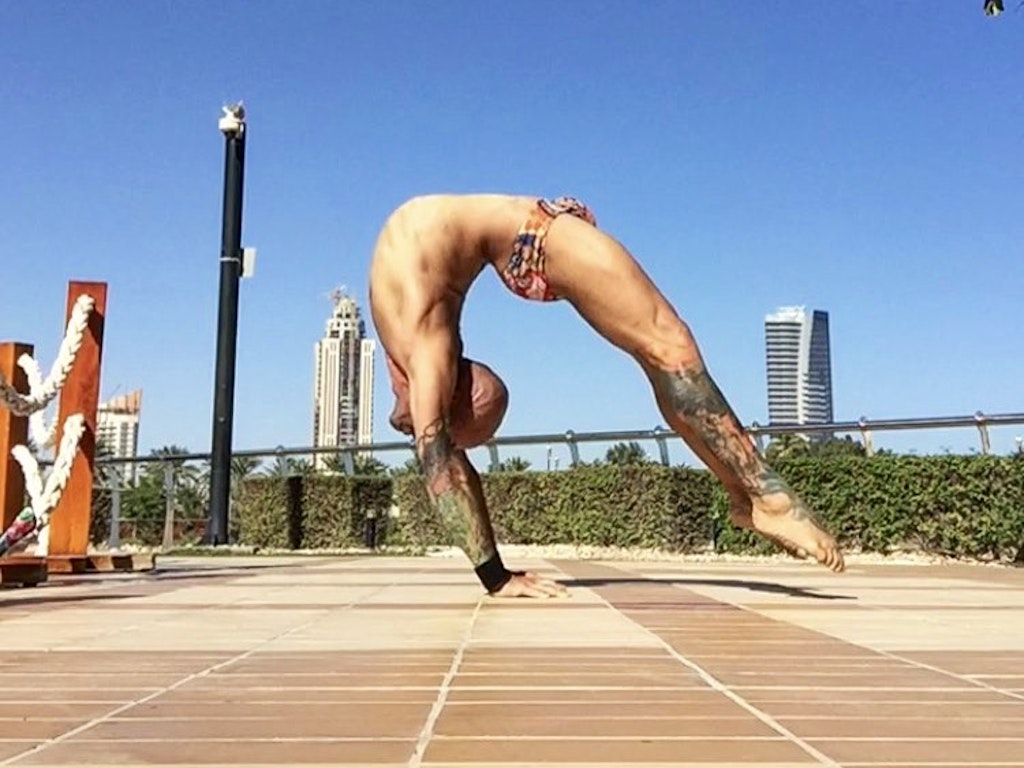 Contortion and Stretching for Beginner to Advanced

In this Workshop you will improve flexibility in order to get better splits and a more bendy back and we will teach how to do it avoiding afterwork pain and preventing injuries.

We will loosen up your joints with soft moves and smooth stretching at the sound of music and will be working  the abductors and box splits and hip flexor and side splits. We will show you techniques to use areas of the back that the dancers don't normally use when they bend and that will help a lot to improve flexibility and prevent lower back pain an injuries. Individually in bridge, forearm bridge or chest stand according with the level of each individual student.

Andromeda started theatre classes as a child and in his teenage years began Ballet, Contemporary and Modern dance, which he studied for 10 years. Beginning Circus practice for a street play in 1999, his first skill was Stilts. Following that he started learning fire, which has become one of his main skills to perform and teach.

In 2006 he started learning aerial silks and when he moved to the UK in 2008 he mastered his aerial skills in Net. He also developed other skills that he also performs and teaches: hoop, rope, web and straps. In 2012 he started taking contortion classes with Iona Luvsandorj (Guiness Record Winner) to improve his flexibility, but his enthusiasm and focus soon took him to a performance standard and now he is performing this skill around the world.

Andromeda began teaching in 2000 as an Activities Leader at camps in Spain. In 2006 he started teaching dance in Valsequillo de Gran Canaria Dance and Music Council School. And in 2008 he started teaching PE at schools in Spain. Andromeda has been a member of Aircraft Circus Company since 2009, where he enjoys performing and teaching a variety of circus skills alongside his “circus family”.

A Yoga mat + yoga blocks if you have your own.

Class is suitable for beginners to advance =)

Love the vibe of this studio, welcoming and engaging. I would recommend the contortion class, even though it was our first time, we could keep up and follow easy.

The location is great. 15 minutes walk from central station. The class itself is amazing. Andrew is a good contortionist in many way. He is funny, kind, knowledgeable , cute(sometimes), strong and fit. I have no injury since start the contortion class 3 months ago and my old injury also recovered during these time. Taking contortion class does not mean I want to be contortionist one day. It is just training to get healthier and stronger in the same time.