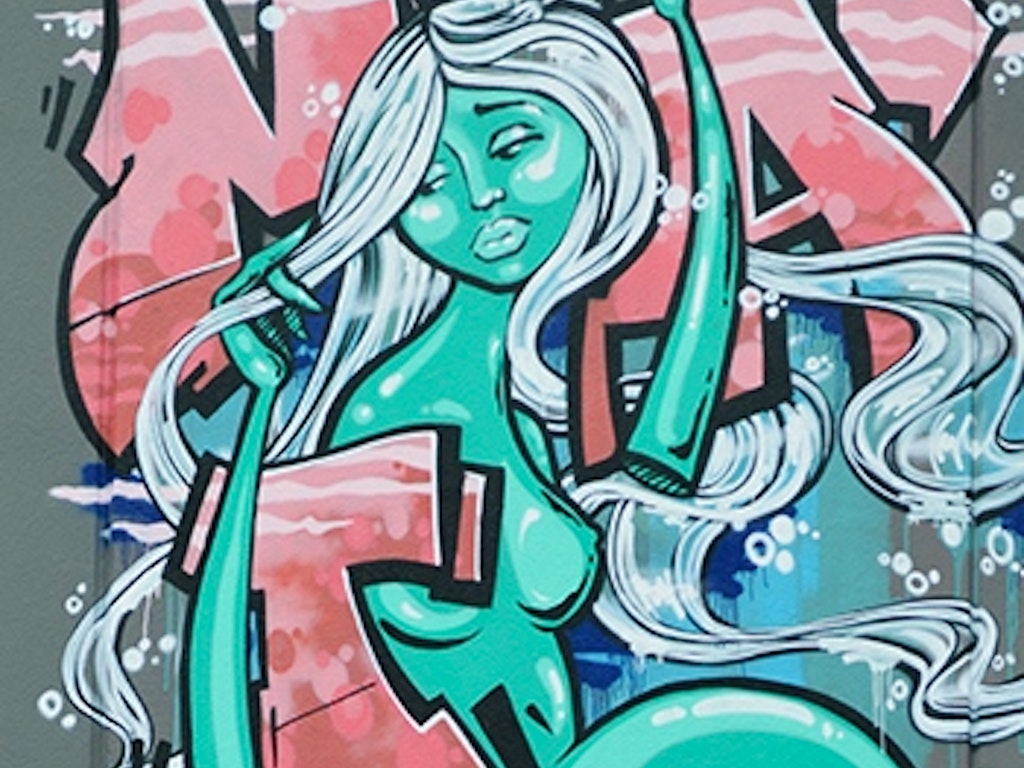 Did you know that two of the first recognised graffiti writers of New York in the 1970’s were Female?

Join skilled Australian graffiti artist Maid for an all-girl graffiti masterclass as she imparts her wealth of knowledge of the graffiti subculture and aerosol technique in a fun afternoon session.

First, you will be visually guided through a brief history and the ‘Do’s and Dont’s’ of getting up followed by a blackbook sketch session where you will create and refine your letters or character with Maid’s assistance. Finally you will head to the wall where a hands-on tutorial in spraycan technique will result in your blackbook sketch becoming your very own graffiti piece.

Sometimes you find beauty in the most unexpected places, sometimes you create it there. MAID prefers to do the latter, refining her art skills on the unpredictable, large-scale canvases of the street.

An accomplished artist across a wide spectrum of practice, MAID is one the few female artists working within Australia who has gained the respect and admiration of the notoriously exclusive graffiti community through her earnest approach and respect of the culture.

Her mix of traditional art training, advanced aerosol technique and skill with both graffiti lettering and characters is a unique formula not often seen in female artists, her confident, bold style sets her apart from the whimsical watercolours of her peers with strong keylines, punchy colours, a touch of Pop Art and Japanese Kawaii elements and a subtle undertone of girl power.

With an ability to seamlessly move from large-scale murals to small canvases; Melbourne-born, Sydney-based MAID has exhibited her work in streets and galleries worldwide including Finland, Denmark, Italy, Spain and The Netherlands.