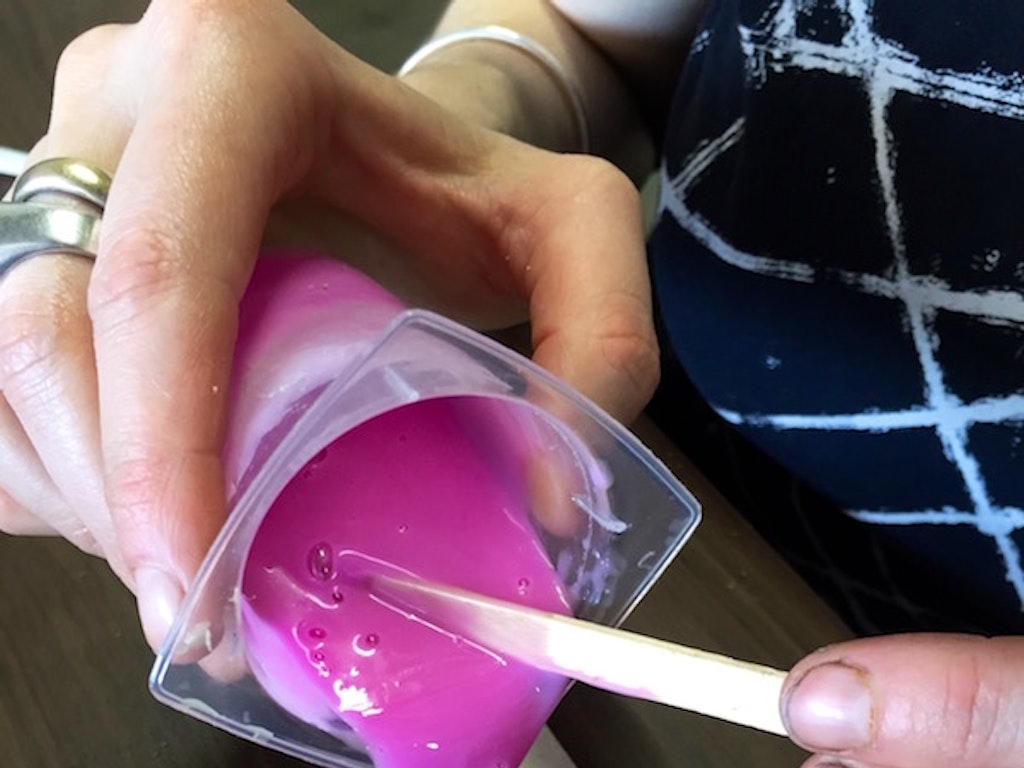 Make your own multiples!

In this intensive one day workshop contemporary jeweller and experienced mould maker Erin Keys will take students through all the steps involved in mould making for jewellery and small objects. Students will be introduced to the uses and possibilities of mould making, as well as tools and materials that can be used.

Students will have the opportunity to make several moulds using models we have, and can also bring along their own models for discussion with the tutor. Erin will demonstrate how to make a block mould and how to cut and release the models, and share tips and tricks from her experiences making moulds for her artworks.

A wax model will be taken from the moulds made in class, and students can take there waxes to the commercial caster for casting into metal at a later date.

Contemporary jeweller Erin Keys creates graphic works based on ideas in mark making, using traditional jewellery making techniques and laser cutting technology. Her practice involves developing work for exhibition, production and sale. Living in Bosnia Herzegovina 2006-2008, Erin taught creative workshops to Romani children before joining the JamFactory’s Metal Design Studio. After completing the 2 year tenure Erin spent 10 months at Australia's iconic Gray Street Workshop; an invaluable residency in her career and personal development. Moving to Sydney in 2010 she joined SquarePeg Studios, a workshop for emerging and established jewellers to work together in a creative and supportive environment, where she is an active tenant, mentor and teacher. As a Design Developer at Dinosaur Designs, a manufacturer of homewares and jewellery, Erin worked in a small team developing and prototyping designs.

Proper enclosed shoes (no sandals or thongs), long pants or skirts and have long hair tied back.

A jewellery-making course for jewellers of all skill sets. In this fun and practical hands-on workshop students learn how to make silicone moulds for jewellery and small objects.

SquarePeg Studios is a unique space for learning and making all things jewellery.

COVID - 19 Update to terms and conditions as at 1 May, 2020. Subject to change as per Government directives.

COVID - 19 Update to terms and conditions as at 1 May, 2020. Subject to change as per Government directives.

The mould making course was very good, instructions were clear and I’m very happy with the resulting mould.

This was an excellent course that was well facilitated, well planned and well delivered. A lot was achieved in one day and great written resources were distributed to ensure that we could pursue this in domestic situations. The tutor was extremely knowledgeable about the content being covered and gave students individual recommendations about their model making projects in a timely and considerate fashion. An excellent course that I would highly recommend.

I really wanted to make my own moulds for resin and Erin answered all my questions, even the ones that were specific to my interests. I could tell right from the beginning of the class that she had an amazing amount of knowledge and was more than happy to share it with us. She was very patient, never flustered, even when questions were coming at her from all directions! The size of the class was great and I never felt I had to wait long to get one-on-one help from her. I would definitely do more classes from Square Peg especially if all the tutors are of the same calibre as Erin.